…The saints are not called dead but sleeping.

The scene features the main visual signs of a reliquary – the precious material and the lens effect, which deforms  a chocolate praline and an obscure paper with tiny Latin note. The praline stands in contrast on a place of previous relic as lightened metaphor of faith, which has to resist the temptations.  There is an endoscopic recording from a sound going through an esophagus projected on the LCD screen. One of the key feature of a traditional reliquary is to present a relation between the beautiful exterior and ugly, but very precious content. Primarily by such a synergy can a reliquary arouse visions that exceed it’s self. The piece creates a bridge between mundane and divine, physical and spiritual, transcendent and immanent, and between humour and bone chilling. 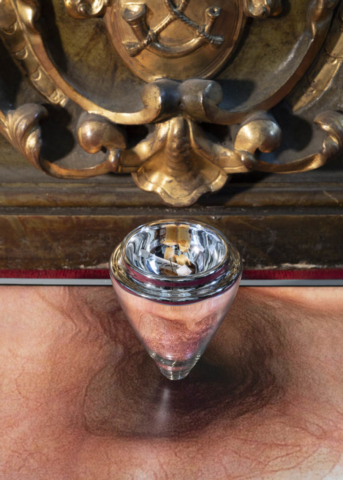 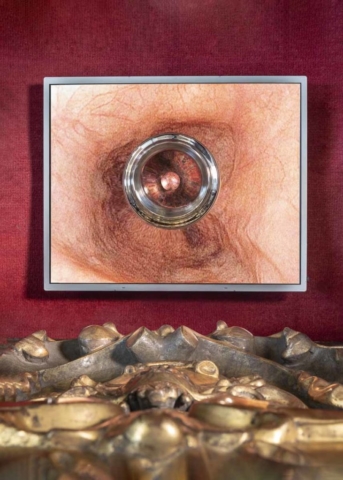 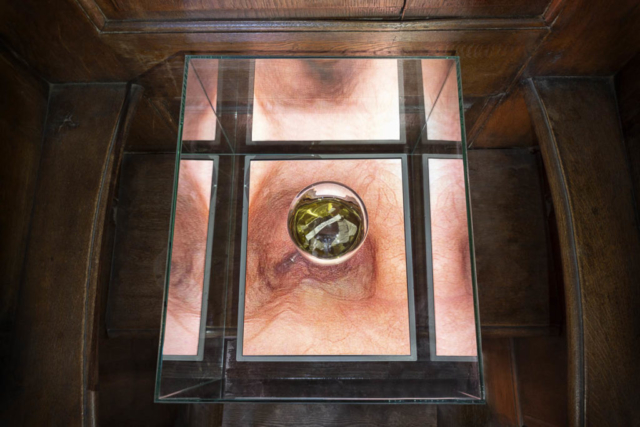 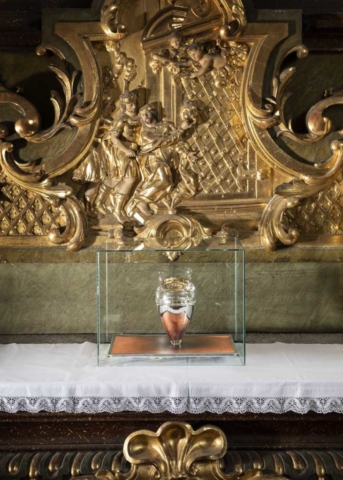 This website uses cookies to improve your experience while you navigate through the website. Out of these, the cookies that are categorized as necessary are stored on your browser as they are essential for the working of basic functionalities of the website. We also use third-party cookies that help us analyze and understand how you use this website. These cookies will be stored in your browser only with your consent. You also have the option to opt-out of these cookies. But opting out of some of these cookies may affect your browsing experience.

These cookies are essential for the basic functionality of the website and do not collect any personal information. Without them, your visit to this site would not be possible.

Any cookies that may not be particularly necessary for the website to function and is used specifically to collect user personal data via analytics, ads, other embedded contents are termed as non-necessary cookies. It is mandatory to procure user consent prior to running these cookies on your website.